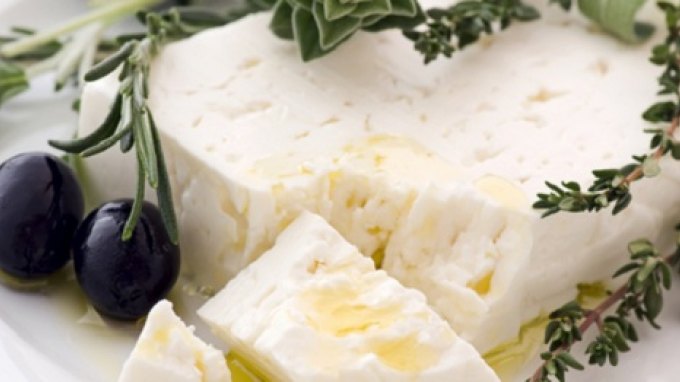 White cheese made from sheep milk (allowed by law to 30% goat milk) and maintained for at least three months in a brine (salt solution in water) is said slice, but only if made at specific locations of Greece, under EU law for products with Protected Designation of Origin. Naturally worldwide eat slice, ignoring if it is genuine or not. The slice is a key element of peasant salad and when to serve itself, to sprinkle with a little raw oil, oregano and decorate with two Elitsa. The goat cheese is generally harder, while in the southern Aegean produced a soft, creamy variation. The origin of the slice is lost to prehistoric times-indeed all materials necessary for the production from the same animal, while salt is abundant in the rocks of the beach. To transfer the cheese, cut into large square pieces, which will remain in brine or sour milk. When out of the brine, hardened and be served, cut into slices. There is due and the name of Italian origin which appeared in 17 century .The slice, or simply as a call most Greeks 'cheese', not only eaten raw in salad. It is an excellent raw material for cheese and enters the oven, either as a protagonist pepper, onion and tomato, in foil (known Bougiourdi) or as an extra, chopped with eggplants, potatoes and cucurbits. As it is, however, merely salty taste always adds to flavor food.

Divine Hellenic Foods participated in the "ANUGA" exhibition held in Cologne, Germany, from 8 to 12 October 2011, and once again received the most favorable reviews for its products. Many attendees visited our stand and were impressed with the quality and variety of our products. According to our CEO, Petros Blatza, "... our presence in ANUGA gave us the satisfaction and motivation to continue to offer our consumers pure and natural Greek products." Anuga Events and Facts: Anuga 2011 was attended by 6,596 companies from 100 countries, in an exhibition space of 284,000 sq.m.